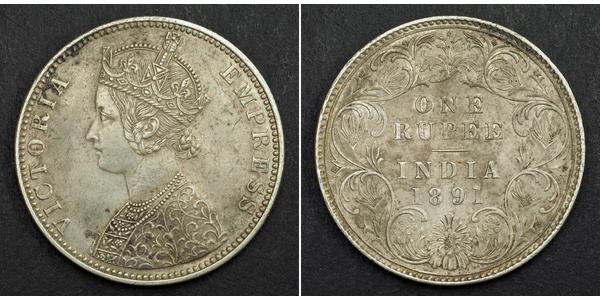 Reverse: Legend in three lines above date. All within decorative border with floral design with incuse mint letter (B) inside top central flower. Legend: ONE RUPEE / INDIA 1891