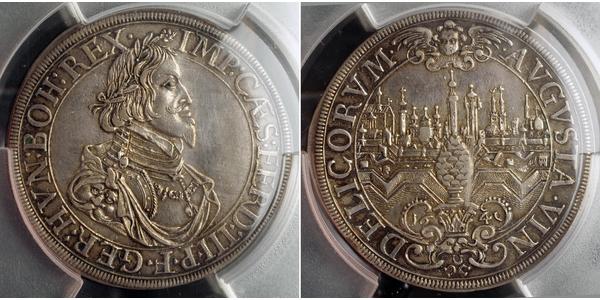 Augsburg is an independent city in the south-west of Bavaria. The College town is home of the Regierungsbezirk Schwaben and also of the Bezirk Schwaben and the Landkreis Augsburg. In 1906 Augsburg became a Großstadt (city), and is currently the third-largest city in Bavaria with more than 264,000 citizens. Only Munich and Nuremberg are larger. The name of the city dated from the Roman settlement Augusta Vindelicorum. The city was founded by the Roman emperor Augustus 15 BC as a castra. Therefore the "Fuggerstadt" is the second oldest city in Germany after Trier. In 1530 the Augsburg Confession was presented to the Holy Roman Emperor at the Diet of Augsburg. Following the Peace of Augsburg in 1555, after which the rights of religious minorities in imperial cities were to be protected, a mixed Catholic–Protestant city council presided over a majority Protestant population; see Paritätische Reichsstadt (German). Until the Thirty Years' War (1618–1648), religious peace in the city was largely maintained despite increasing confessional tensions. In 1629, Ferdinand II issued the Edict of Restitution resulting in the installation of an entirely Catholic city government that radically curtailed the rights of local Protestants. This persisted until April 1632, when the Swedish army of Gustavus Adolphus took the city without resistance. Just over two years later, the Swedish army was routed at nearby Nördlingen, and by October 1634 Catholic troops had surrounded Augsburg. The Swedish garrison refused to surrender and a disastrous siege ensued through the winter of 1634–5, during which thousands died of hunger and disease. These difficulties, together with the discovery of America, and of the route to India by the Cape, conspired to destroy the town's prosperity.

During the last dreadful period of the war, in 1644 Ferdinand III  gave to all rulers of German states the right to conduct their own  foreign policy (ius belli ac pacis). This way the emperor was trying to gain more allies in the negotiations with France and Sweden. This very edict contributed to the gradual erosion of the imperial authority in the Holy Roman Empire.