Karl acceded to his father's throne in 1864, making Olga Queen of Wurttemberg.

The couple had no children, perhaps because of Karl's homosexuality. Karl became the object of scandal several times for his closeness with various men. The most notorious of these was the American Charles Woodcock, a former chamberlain whom Karl elevated to Baron Savage in 1888. Karl and Charles became inseparable, going so far as to appear together in public dressed identically. The resulting outcry forced Karl to renounce his favorite. Woodcock returned to America, and Karl found private consolation some years later with the technical director of the royal theater, Wilhelm George.

He died, childless, at Stuttgart on 6 October 1891, and was succeeded as King of Wurttemberg by his agnatic cousin, his sister's son, William II of Wurttemberg. He rests, together with his wife, in the Old Castle in Stuttgart. 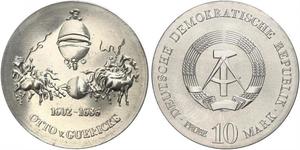