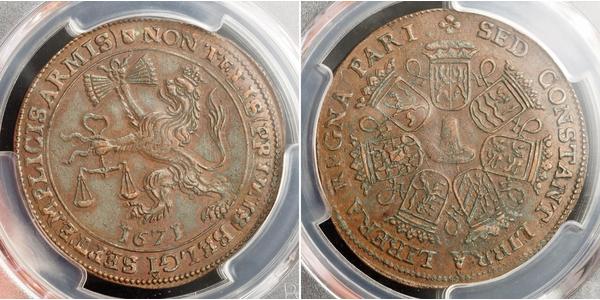 's-Hertogenbosch, colloquially known as Den Bosch, is a city and municipality in the Netherlands with a population of 152,968. It is the capital of the province of North Brabant. In the years of Truce, before the renewed fighting after 1618, the fortifications were greatly expanded. The surrounding marshes made a siege of the conventional type impossible, and the fortress, deemed impregnable, was nicknamed the Marsh Dragon. The town was nevertheless finally conquered by Frederik Hendrik of Orange in 1629 in a typically Dutch stratagem: he diverted the rivers Dommel and Aa, created a polder by constructing a forty-kilometre dyke and then pumped out the water by mills. After a siege of three months, the city had to surrender—an enormous blow to Habsburg geo-political strategy during the Thirty Years' War. This surrender cut the town off from the rest of the duchy and the area was treated by the Republic as an occupation zone without political liberties (see also Generality Lands).

Frederick Henry (Dutch: Frederik Hendrik; 29 January 1584 – 14 March 1647) was the sovereign prince of Orange and stadtholder of Holland, Zeeland, Utrecht, Guelders, Overijssel in the Dutch Republic from 1625 until his death in 1647. The last seven years of his life he also was the stadtholder of Groningen (1640-1647).

As the leading soldier in the Dutch wars against Spain, his main achievement was the successful Siege of 's-Hertogenbosch in 1629. It was the main Spanish base and a well-fortified city protected by an experienced Spanish garrison and by formidable water defenses. His strategy was the successful neutralization of the threat of inundation of the area around 's-Hertogenbosch and his capture of the Spanish storehouse at Wesel.