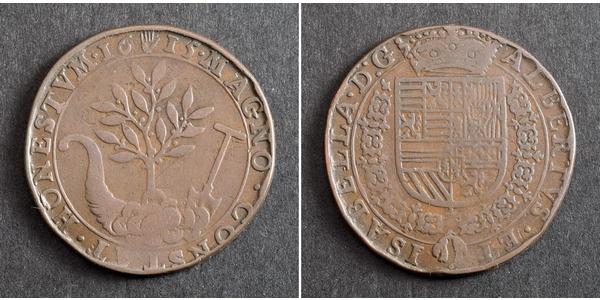 Obverse: Olive-tree (peace), flanked by a shovel and a cornucopio from which money is pouring. Legend: MAGNO . CONSTAT . HONESTVM . 16 (privy mark: hand) 16 .

Albert VII, Archduke of Austria (sometimes called Albrecht of Austria) (15 November 1559 – 13 July 1621) was, together with his wife Infanta Isabella of Spain, the daughter of Philip II of Spain, co-sovereign of the Habsburg Netherlands between 1598 and 1621, ruling the Habsburg territories in the southern Low Countries and the north of modern France. Prior to this, he had been Governor of these territories since 1595.

Albert VII was the fifth son of Maximilian II, Holy Roman Emperor and the Infanta Maria of Spain, daughter of Charles V, Holy Roman Emperor and Isabella of Portugal. He was sent to the Spanish Court at the age of eleven, where his uncle Philip II looked after his education. Initially he was meant to pursue an ecclesiastical career. In 1577 he was appointed cardinal at the age of eighteen and was given the Santa Croce in Gerusalemme as his titular church. Philip II planned to make him archbishop of Toledo as soon as possible, but the current incumbent, Gaspar de Quiroga y Sandoval, lived much longer than expected. In the mean time Albert only took lower orders. He would never be ordained priest, nor bishop. His clerical upbringing did however have a lasting influence on his lifestyle.

After the annexation of Portugal, Albert became the first viceroy of the kingdom and its overseas empire in 1583. He was likewise appointed Papal Legate and Grand Inquisitor for Portugal. As viceroy of Portugal, he took part in the organization of the Great Armada of 1588 and beat off an English counter-attack on Lisbon in 1589. In 1593 Philip II recalled him to Madrid, where he would take a leading role in the government of the Spanish Monarchy.

After the death of Archduke Ernst in 1595, Albert was sent to Brussels to succeed his elder brother as Governor General of the Habsburg Netherlands. He made his entry in Brussels on 11 February 1596. His first priority was restoring Spain's military position in the Low Countries. She was facing the combined forces of the Dutch Republic, England and France and had known nothing but defeats since 1590. During his first campaign season, Albert surprised his enemies by capturing Calais and nearby Ardres from the French and Hulst from the Dutch. These successes were however offset by the third bankruptcy of the Spanish crown later that year. As a consequence, 1597 was marked by a series of military disasters. Stadholder Maurice of Orange captured the last Spanish strongholds that remained north of the great rivers, as well as the strategic town of Rheinberg in the Electorate of Cologne. Still, the Spanish Army of Flanders managed to surprise Amiens, thereby stalling the counter offensive that Henry IV was about to launch. With no more money to pay the troops, Albert was also facing a series of mutinies.

While pursuing the war as well as he could, Albert made overtures for peace with Spain's enemies, but only the French King was disposed to enter official negotiations. Under the mediation of the papal legate Cardinal Alessandro de'Medici —the future Pope Leo XI— Spain and France concluded the Peace of Vervins on 2 May 1598. Spain gave up its conquests, thereby restoring the situation of Cateau Cambrésis. France tacitly accepted the Spanish occupation of the prince-archbishopric of Cambray. It pulled out of the war, but maintained its financial support for the Dutch Republic. Only a few days after the treaty, on 6 May 1598, Philip II announced his decision to marry his eldest daughter, the Infanta Isabella to Albert and to cede them the sovereignty over the Habsburg Netherlands. The Act of Cession did however stipulate that if the couple would not have children, the Netherlands would return to Spain. It also contained a number of secret clauses that assured a permanent presence of the Spanish Army of Flanders. After obtaining the pope's permission, Albert formally resigned from the College of Cardinals on 13 July 1598 and left for Spain on 14 September, unaware that Philip II had died the night before. Pope Clement VIII celebrated the union by procuration in Ferrara on 15 November, while the actual marriage took place in Valencia on 18 April 1599.

The first half of the reign of Albert and Isabella was dominated by war. After overtures to the United Provinces and to Queen Elizabeth I proved unsuccessful, the Habsburg policy in the Low Countries aimed at regaining the military initiative and isolating the Dutch Republic. The strategy was to force its opponents to the conference table and negotiate from a position of strength. Even if Madrid and Brussels tended to agree on these options, Albert took a far more flexible stance than his brother in law, the new Spanish king Philip III. Albert had first hand knowledge of the devastations wrought by the Dutch Revolt and had come to the conclusion that it would be impossible to reconquer the northern provinces. Quite logically, Philip III and his councillors felt more concern for Spain's reputation and for the impact that a compromise with the Dutch Republic might have on Habsburg positions as a whole. Spain provided the means to continue the war. Albert took the decisions on the ground and tended to ignore Madrid's instructions. Under the circumstances, the division of responsibilities repeatedly led to tensions.

Albert's reputation as a military commander suffered badly when he was defeated by the Dutch stadtholder Maurice of Orange in the battle of Nieuwpoort on 2 July 1600. His inability to conclude the lengthy siege of Ostend (1601-1604), resulted in his withdrawal from the tactical command of the Spanish Army of Flanders. From then on military operations were led by the Genuese Ambrogio Spínola. Even though he could not prevent the almost simultaneous capture of Sluys, Spínola forced Ostend to surrender in September 1604. He seized the initiative during the next campaigns, bringing the war north of the great rivers for the first time 1594.

Meanwhile the accession of James VI of Scotland as James I in England had paved the way for a separate peace with England. On 24 July 1604 England, Spain and the Archducal Netherlands signed the Treaty of London. The return to peace was severely hampered by differences over religion. Events such as the Gunpowder Plot caused a lot of diplomatic tension between London and Brussels. Yet on the whole relations between the two courts tended to be cordial.

Spínola's campaigns and the threat of diplomatic isolation induced the Dutch Republic to accept a ceasefire in April 1607. The subsequent negotiations between the warring parties failed to produce a peace treaty. They did lead however to conclusion of the Twelve Years' Truce in Antwerp on 9 April 1609. Under the terms of the Truce, the United Provinces were to be regarded as a sovereign power for the duration of the truce. Albert had conceded this point against the will of Madrid and it took him a lot of effort to persuade Philip III to ratify the agreement. When Philip's ratification finally arrived, Albert's quest for the restoration of peace in the Low Countries had finally paid off.

The years of the Truce gave the Habsburg Netherlands a much needed breathing-space. The fields could again be worked in safety. The archducal regime encouraged the reclaiming of land that had been inundated in the course of the hostilities and sponsored the impoldering of the Moeren, a marshy area that is presently astride the Belgian-French border. The recovery of agriculture led in turn to a modest increase of the population after decades of demographic losses. Industry and in particular the luxury trades likewise underwent a recovery. International trade was however hampered by the closure of the river Scheldt. In order to combat urban poverty, the government supported the creation of a network of Monti di Pietà based on the Italian model.

Meanwhile the archducal regime ensured the triumph of the Catholic Reformation in the Habsburg Netherlands. Most Protestants had by that stage left the Southern Netherlands. After one last execution in 1597, those that remained were no longer actively persecuted. Under the terms of legislation passed in 1609, their presence was tolerated, provided they did not worship in public. Engaging in religious debates was also forbidden by law. The resolutions of the Third Provincial Council of Mechlin of 1607 were likewise given official sanction. Through such measures and by the appointment of a generation of able and committed bishops, Albert and Isabella laid the foundation of the catholic confessionalisation of the population. It should be noted however, that the same period saw important waves of witch-hunts.

In the process of recatholisation, new and reformed religious orders enjoyed the particular support of the Archdukes. Even though Albert had certain reservations about the order, the Jesuits received the largest cash grants, allowing them to complete their ambitious building programmes in Brussels and Antwerp. Other champions of the Catholic Reformation, such as the Capuchins, were also given considerable sums. The foundation of the first convents of Discalced Carmelites in the Southern Netherlands depended wholly on the personal initiative of the Archdukes and bore witness to the Spanish orientation of their spirituality.

Albert's reign saw a strengthening of princely power in the Habsburg Netherlands. The States-General of the loyal provinces were only summoned once in 1600. Thereafter the government preferred to deal directly with the provinces. The years of the Truce allowed the archducal regime to promulgate legislation on a whole range of matters. The so called Eternal Edict of 1611, for instance, reformed the judicial system and ushered in the transition from customary to written law. Other measures dealt with monetary matters, the nobility, duels, gambling, etc.

Driven by strategic as well as religious motives, Albert intervened in 1614 in the squables over the inheritance of the duchies of Jülich, Kleve and Berg. The subsequent confrontation with the armies of the Dutch Republic led to the Treaty of Xanten. The episode was in many ways a rehearsal of what was to come in the Thirty Years' War. After the defenestration of Prague, Albert responded by sending troops to his cousin Ferdinand II and by pressing Philip III for financial support to the cause of the Austrian Habsburgs. As such he contributed considerably to the victory of the Habsburg and Bavarian forces in the Battle of the White Mountain on 8 November 1620.

As the years passed, it became clear that Albert and Isabella would never have children. When Albert's health suffered a serious breakdown in the winter of 1613-1614, steps were taken to ensure the succession of Philip III in accordance to the Act of Cession. As a result, the States of the loyal provinces swore to accept the Spanish King as heir of the Archdukes in May 1616. Philip III however predeceased his uncle on 31 March 1621. The right to succeed the Archdukes thereupon passed to his eldest son Philip IV.

Albert had a precarious health and it deteriorated markedly in the closing months of 1620. As the Twelve Years' Truce would expire the next April, he devoted his last energies to securing its renewal. In order to reach this goal he was prepared to make far reaching concessions. Much to his frustration neither the Spanish Monarchy, nor the Dutch Republic took his pleas for peace seriously. His death on 13 July 1621 therefore more or less coincided with the resumption of hostilities between the two. 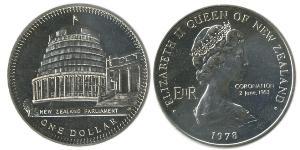 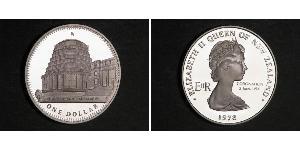 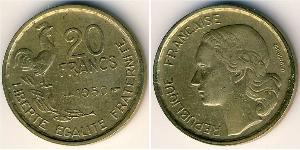 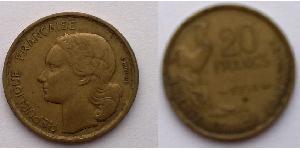