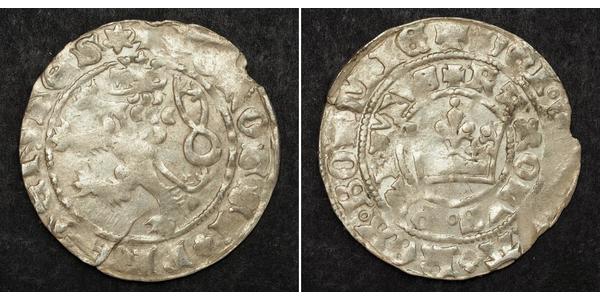 From 960-1260, coins circulated freely only in areas surrounding Prague, creating a trading network with some specialization. In the rural areas, peasants continued to trade food and forest products for manufactured goods, while in the farther regions of Bohemia the economy remained centered in tribal hillforts and the immediate local availability of goods. However, everything changed with the discovery of silver mines in Bohemia. From 1250-1412, preciousmetalproduction shifted from western europe to Bohemia. The massive output of silver mines at Jihlava enabled King Otakar II to draw 2000 marks, or 4 tonnes of silver, per year for his own personal coffers. In 1298, Kutna Hora's silver stores were discovered and in its first, this mine produced 6.5 tonnes of silver. Although throughout its operation 1298-1420, the diminishing output ended up averaging two tonnes of silver per year. The new supplies of silver and gold flooded economies everywhere in East Central Europe, leading to inflation in price and a suddenly very wealthy international merchant class. Coin issues were regularized with the new large groschen. This coin was the heaviest coin struck in Bohemian history, leading to its name "denarius grossus," or "heavy dinar". The Prague Grossus was first struck in Kutna Hora in 1300 by King Vaclav II.

As far as income goes, a skilled artisan or mercenary soldier in 15th century Prague made 1 groschen per day as a wage or living allowance.

He was the eldest son and heir of King John of Bohemia, who died at the Battle of Crécy on 26 August 1346. Charles inherited the County of Luxembourg and the Kingdom of Bohemia from his father. On 2 September 1347, Charles was crowned King of Bohemia.

On 11 July 1346, prince-electors elected him King of the Romans (rex Romanorum) in opposition to Emperor Louis IV. Charles was crowned on 26 November 1346 in Bonn. After his opponent died, he was re-elected in 1349 (17 June) and crowned (25 July) King of the Romans. In 1355 he was crowned King of Italy on 6 January and Holy Roman Emperor on 5 April. With his coronation as King of Burgundy, delayed until 4 June 1365, he became the personal ruler of all the kingdoms of the Holy Roman Empire.