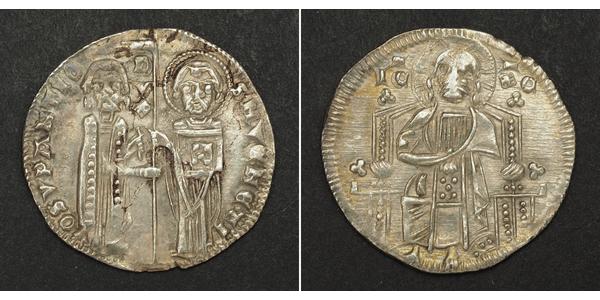 A Christogram (Latin Monogramma Christi ) is a monogram or combination of letters that forms an abbreviation for the name of Jesus Christ, traditionally used as a religious symbol within the Christian Church. One of the oldest Christograms is the Chi-Rho. It consists of the superimposed Greek letters chi (Χ) and rho (Ρ), which are the first two letters of Greek χριστός "Christ". It was displayed on the labarummilitary standard used by Constantine I in AD 312. The IX monogram  is a similar form, using the initials of the name Ἰησοῦς (ὁ) Χριστός "Jesus (the) Christ", as is the ΙΗ monogram, using the first two letters of the name Ἰησοῦς "Jesus". There were a very considerable number of variants of "Christograms" or monograms of Christ in use during the medieval period, with the boundary between specific monograms and mere scribal abbreviations somewhat fluid. The name Jesus, spelt "ΙΗΣΟΥΣ" in Greek capitals, has the abbreviations IHS (also written JHS, IHC, or ΙΗΣ), the name Christus , spelt "ΧΡΙΣΤΟΣ", has XP (and inflectional variants such as IX, XPO, XPS, XPI, XPO, XPM). In Eastern Christian tradition, the monogram ΙϹΧϹ (with Overline indicating scribal abbreviation) is used for Ἰησοῦς Χριστός in both Greek and Cyrillic tradition. A Middle Latin term for abbreviations of the name of Christ is chrisimus.  Similarly, Middle Latin crismon, chrismon refers to the Chi Rho monogram specifically.

Giovanni Soranzo (born Burano, 1240 - died Venice, December 31, 1328) was a Venetian statesman of the prominent Soranzo family who served as the 51st Doge of Venice. He ascended to the position on July 13, 1312, and served until his death. Soranzo was a member of a noble family; he was married to Franchesina.  In 1310 his son-in-law, Niccolo' Querini was exiled for life from Venice for taking part in Bajamonte Tiepolo's conspiracy to overthrow the state. Soranzo was succeeded as Doge by Francesco Dandolo.