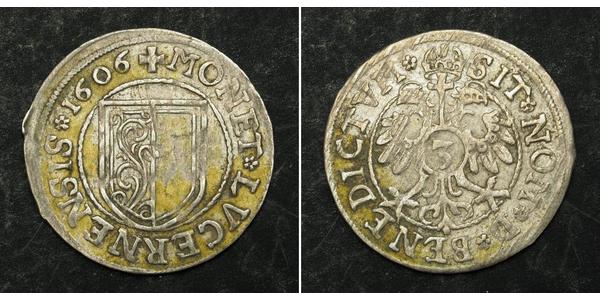 Obverse: Shield of the Canton of Luzern within circle. Legend: + MONETA * LVCERNENSIS * I606 *

By 1290 Lucerne became a good-sized, self-sufficient city with about 3000 inhabitants. About this time King Rudolph I von Habsburg gained authority over the Monastery of St. Leodegar and its lands, including Lucerne. The populace did not appreciate the increasing Habsburg influence, and Lucerne allied with neighboring towns to seek independence from Habsburg rule. Along with Lucerne, the three other forest cantons of Uri, Schwyz and Unterwalden formed the "eternal" Swiss Confederacy, known as the Eidgenossenschaft, on November 7, 1332. Later the cities Zurich, Zug and Bern joined the alliance. With the help of these additions, the rule of Austria over the area was ended. The issue was settled through Lucerne's victory over the Habsburgs in the Battle of Sempach in 1386. For Lucerne this victory ignited an era of expansion. The city shortly granted many rights to itself, rights which had been withheld by the Habsburgs until then. By this time the borders of Lucerne approximately matched those of today.

In 1415 Lucerne gained Reichsfreiheit from Emperor Sigismund and became a strong member of the Swiss confederacy. The city developed its infrastructure, raised taxes, and appointed its own local officials. The city's population of 3000 dropped about 40% due to the Black Plague and several wars around 1350.