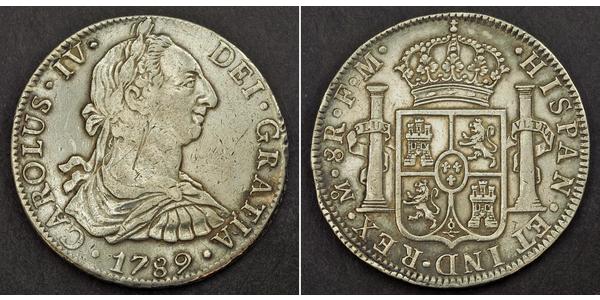 Charles was the second son of Charles III and his wife Maria Amalia of Saxony. He was born at Portici, while his father was king of the Two Sicilies. His elder brother don Felipe was passed over for the two thrones as mentally retarded and epileptic.

Charles had inherited a great frame and immense physical strength from the Saxon line of his mother, granddaughter of August II of Poland. When young he was fond of wrestling with the strongest countrymen he could find. He was considered by many to be intellectually sluggish and quite credulous. His wife Maria Luisa of Parma, on the other hand, was seen by many (including by the painter Francisco Goya) as a vicious and coarse woman who thoroughly dominated the king. During his father's lifetime he was led by her into court intrigues which aimed at driving the king's favourite minister, Count of Floridablanca, from office, and replacing him by Pedro Pablo Abarca de Bolea, Count of Aranda, the chief of the "Aragonese" party.

After he succeeded to the throne in 1788 his one serious occupation was hunting. Affairs were left to be directed by his wife and her, alleged, lover Manuel de Godoy. Although Godoy essentially took over his wife and his office, the king was favourable towards him for all his life. When terrified by the French Revolution he turned to the Inquisition to help him against the party which would have carried the reforming policy of Charles III much further. But he never took more than a passive part in the direction of his own government. He simply obeyed the impulse given him by the queen and Godoy. In 1803, after smallpox had affected his daughter María Luísa, the king commissioned his doctor Francisco Javier de Balmis to bring the vaccine to the Spanish colonies on state expenses.