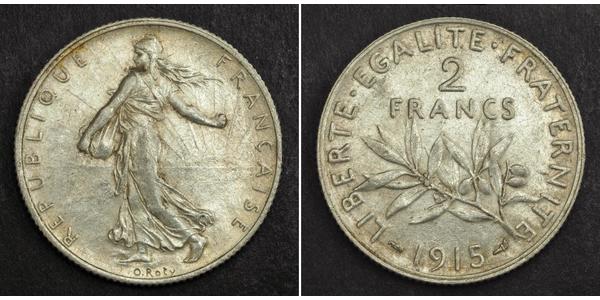 The Sower is a very familiar figure to the French: she was featured on the fifty centimes coin and on the one, two and five franc pieces until 2001, before appearing in a stylised version on the ten, twenty and fifty centime coins of the euro. She originally dates back to 1887. This was the year when Roty designed a prize medal commissioned by the Ministry of Agriculture, but the project was not followed through. In 1896, when the Minister of Finance commissioned some new coins, Roty was one of the artists selected. He went back to the Sower of 1887 but transformed his robust peasant into a slim Marianne, wearing the Phrygian cap of Liberty. The traditional profile of the Republic was abandoned in favour of a more active, standing figure.