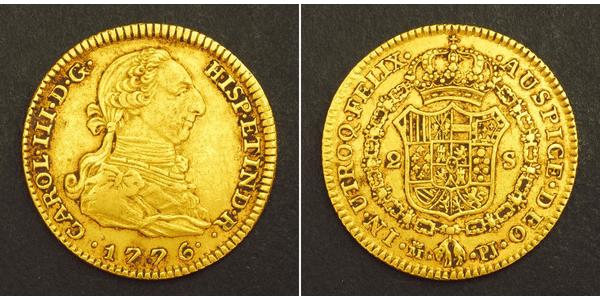 Reverse: Crowned shield with Spanish arms (Castile and León in quarters, Granada in base and an inescutcheon of Anjou). Legend: IN . UTROQ . FELIX . - . AUSPICE . DEO ("Under the auspices of God there is happiness on both sides!") . (crowned M)  . - . PJ .

For your consideration  a beautiful spanish colonial gold 2  escudos  coin, struck during 1776 at the Madridle mint in Spain. A beautiful gold coin and a great addition!