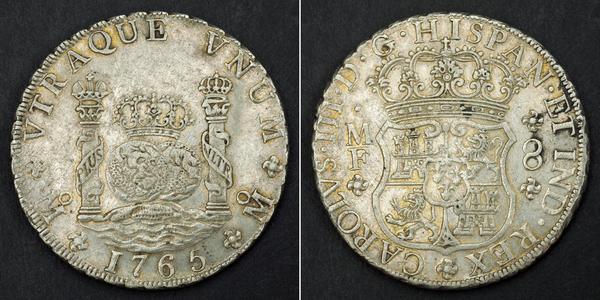 Reverse: Crowned hemispheres (two different crowns!), set on Gibralter, between crowned and banner-entwined pillars of Hercules. All set on ocean, mintmark in legend, date in exergue. Comment: Here we have the scarce variety with imperial crown with two arches on left pillar! Latin Legend: VTRAQUE VNUM * Mo * I765 * Mo * Translation: "On both sides / Unity" 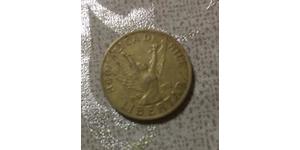 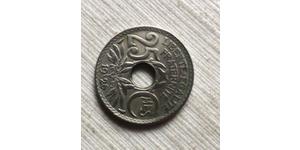