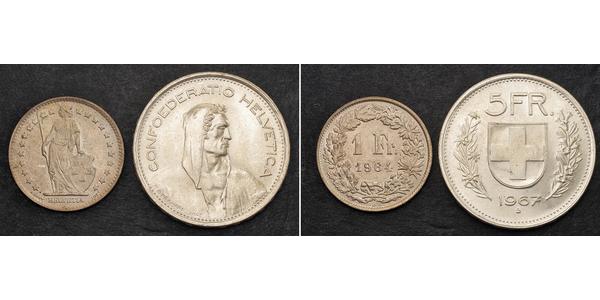 Switzerland is a landlocked country geographically divided between the Alps, the Central Plateau and the Jura, spanning an area of 41,285 km2   (15,940 sq mi). While the Alps occupy the greater part of the   territory, the Swiss population of approximately 7.9 million people is   concentrated mostly on the Plateau, where the largest cities are to be   found. Among them are the two global cities and economic centres of Zurich and Geneva.

The Swiss Confederation has a long history of neutrality—it has not been in a state of war internationally since 1815—and did not join the United Nations until 2002. It pursues, however, an active foreign policy and is   frequently involved in peace-building processes around the world. Switzerland is also the birthplace of the Red Cross and home to a large number of international organizations, including the second largest UN office. On the European level, it is a founding member of the European Free Trade Association and is part of the Schengen Area – although it is notably not a member of the European Union, nor the European Economic Area.

Switzerland comprises three main linguistic and cultural regions: German, French, and Italian, to which the Romansh-speaking valleys are added. The Swiss, therefore, though predominantly German-speaking, do not form a nation in the sense of a common ethnic or linguistic identity. The strong   sense of belonging to the country is founded on the common historical   background, shared values (federalism, direct democracy, neutrality) and Alpine symbolism. The establishment of the Swiss Confederation is traditionally dated to 1 August 1291; Swiss National Day is celebrated on the anniversary.

It is set in the period of the original foundation of the Old Swiss Confederacy in the early 14th century. According to the legend, Tell was an expert marksman with the crossbow who assassinated Gessler, a tyrannical reeve of Habsburg Austria positioned in Altdorf, Uri.

Along with Arnold Winkelried, Tell is a central figure in Swiss patriotism as it was constructed during the Restoration of the Confederacy after the Napoleonic era.

There are several accounts of the Tell legend. The earliest sources give an account of the apple-shot, Tell's escape and the ensuing rebellion. The assassination of Gessler is not mentioned in the Tellenlied, but is already present in the White Book of Sarnen account.

The legend as told by Tschudi (ca. 1570) goes as follows: William Tell, who originally came from BÃ¼rglen, was known as a strong man and an expert shot with the crossbow. In his time, the Habsburg emperors of Austria were seeking to dominate Uri. Albrecht (or Hermann) Gessler, the newly appointed Austrian Vogt of Altdorf, raised a pole in the village's central square, hung his hat on top of it, and demanded that all the townsfolk bow before the hat. On 18 November 1307, Tell visited Altdorf with his young son and passed by the hat, publicly refusing to bow to it, and so was arrested. Gessler - intrigued by Tell's famed marksmanship, yet resentful of his defiance - devised a cruel punishment: Tell and his son would be executed, but he could redeem his life by shooting an apple off the head of his son, Walter, in a single attempt. Tell split the apple with a bolt from his crossbow.

But Gessler noticed that Tell had removed two crossbow bolts from his quiver, not one. Before releasing Tell, he asked why. Tell replied that if he had killed his son, he would have used the second bolt on Gessler himself. Gessler was angered, and had Tell bound. He was brought to Gessler's ship to be taken to his castle at KÃ¼ssnacht to spend his newly won life in a dungeon. But, as a storm broke on Lake Lucerne, the soldiers were afraid that their boat would founder, and unbound Tell to steer with all his famed strength. Tell made use of the opportunity to escape, leaping from the boat at the rocky site now known as the Tellsplatte ("Tell's slab") and memorialized by the Tellskapelle.

Tell ran cross-country to KÃ¼ssnacht. As Gessler arrived, Tell assassinated him with the second crossbow bolt along a stretch of the road cut through the rock between Immensee and KÃ¼ssnacht, now known as the Hohle Gasse. Tell's blow for liberty sparked a rebellion, in which he played a leading part. That fed the impetus for the nascent Swiss Confederation. He fought again against Austria in the 1315 Battle of Morgarten. Tschudi also has an account of Tell's death in 1354 according to which he was killed trying to save a child from drowning in the SchÃ¤chenbach river in Uri.