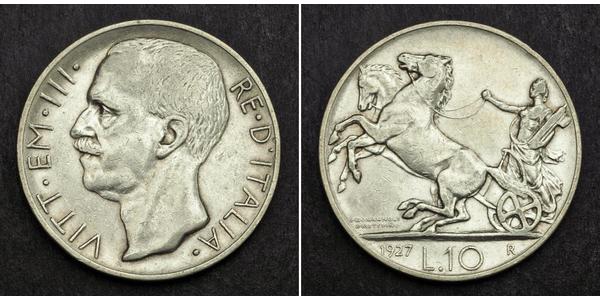 Reverse: Togate and crowned personifiaction of Italy (Italia) in biga, holding fasces (symbol of unity) in her left hand. Date and value below. Legend: 1927 / L. 10 / R