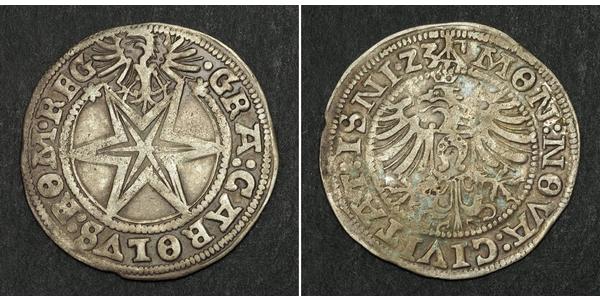 Isny im Allgäu is a town in south-eastern Baden-Württemberg, Germany. It is part of the district of Ravensburg, in the western, Württembergish part of the Allgäu region.

Isny was a Free Imperial City (Freie Reichsstadt) until the mediatisation of 1803.

During the three centuries following its origin in 1042, it was a   commercial center controlled and exploited by various competing feudal   lords. In the 13th century, Isny's merchants built a fortification   system to protect the town from marauders and rival feudal rulers. The   town is still partially surrounded by the city walls and moat that were   built during these early turbulent times.

After three centuries of domination by feudal lords and territorial   rulers, Isny's middle class was able to purchase the town's independence   in 1365. Isny's status as an Imperial city made it a self-governing republic in which the city government was elected by propertied residents and in which the guild system thrived. In 1529, Isny's Protestant minority took the city   council and voted to make the town Protestant and the Nikolaikirche   became the town's main Protestant church.In 1803, the Kingdom of   Württemberg allowed the Catholic majority to once again move to the   city. In 1889, the majority of urban residents was Catholic (1139 ev /   1444 Cath.).

Isny enjoyed a vibrant economy, based primarily on linen production, until competition from abroad, the devastation of the Thirty Years' War,   and a series of fires and plagues brought production to a halt in the   17th century. The town experienced a revival after the end of World War II,   when a rehabilitation center for war veterans was established there.   Fortunately, Isny emerged from the war largely undamaged, and has since   become a popular destination for vacationers and resort-goers.