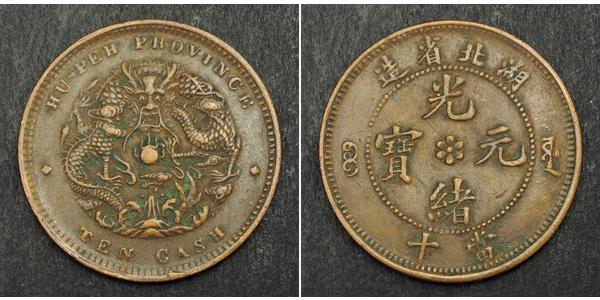 The Guangxu Emperor (simplified Chinese: 光绪帝; traditional Chinese: 光緒帝; pinyin: Guāngxùdì; Wade-Giles: Kwang Hsu) (14 August 1871–14 November 1908), born Zaitian (Chinese: 載湉), was the tenth emperor of the Manchu-led Qing Dynasty, and the ninth Qing emperor to rule over China proper. His reign lasted from 1875 to 1908, but in practice he ruled, under Empress Dowager Cixi's influence, only from 1889 to 1898. He initiated the Hundred Days' Reform, but was abruptly stopped when Cixi launched a coup in 1898, after which he was put under house arrest until his death. His reign name means "The Glorious Succession".