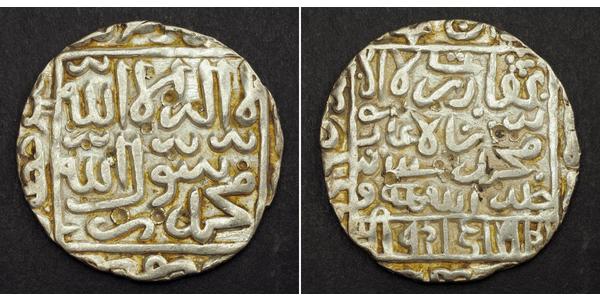 The Bengal Sultanate refers to an independent medieval Islamic state established in Bengal in 1342. Its realm and influence extended across modern-day Bangladesh, East India and West Burma.   Several dynasties ruled over Bengal Sultanate sequentially. It   disintegrated at the end of the 16th-century and was absorbed into the   pan-South Asian Mughal Empire and the Arakanese Kingdom of Mrauk U.

Ghiyasuddin Bahadur Shah II (also Khizr Khan Suri, reigned: 1555–1561) was an independent ruler of Bengal. He was the son of Sultan Shamsuddin Mahmud Shah. Bahadur Shah came to power after deposing the governor Shahbaz Khan. During his reign Bahadur Shah killed Muhammad Adil Shah in 1557. Later Bahadur Shah tried to capture Jaunpur but he was defeated by Mughal forces.