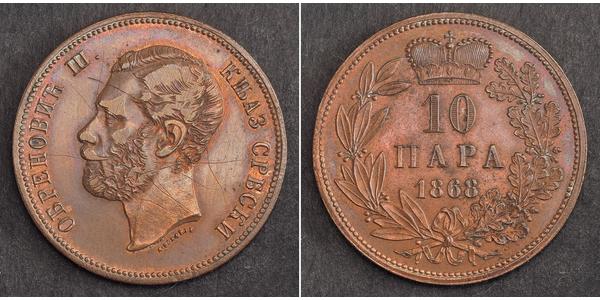 Reverse: Ducal crown above denomination (10 PARA) and date of issue (1868) within wreath.