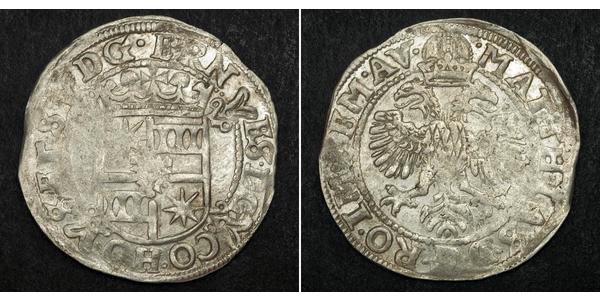 The County of Schaumburg (German: Grafschaft Schaumburg), until ca. 1485 known as Schauenburg, was a state of the Holy Roman Empire, located in the present German state of Lower Saxony. Its territory was more or less congruent with the present district Landkreis Schaumburg.

Ernst of Schaumburg (September 24, 1569 – January 17, 1622) was the first Count of Schauenburg and Holstein-Pinneberg to earn the title of Prince in 1619. However, he died in 1622 without an heir. Schauenburg-Pinneberg had been a Lutheran region since his grandfather Otto IV of Schaumburg had been won over to Martin Luther's teachings. After Ernst's death, a Catholic Count, Jobst Hermann, received a portion of Schauenburg but he also died without children, and Otto V, who was a Calvinist, succeeded Ernst. Prince Ernst built the Stadthagen Mausoleum for himself and his family. Today, this building is estimated as a cultural monument of European rank. On 11 September 1597 he married Hedwig of Hesse-Kassel at Wilhelmsburg Castle in Schmalkalden. The marriage remained childless.