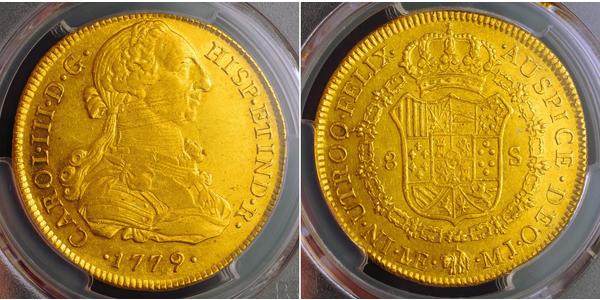 For your consideration a bautiful  large gold 8 escudos  coin, struck at the spanish colonial mint of Lima in Peru (South America) during 1779 during the reign of Charles III of Spain.