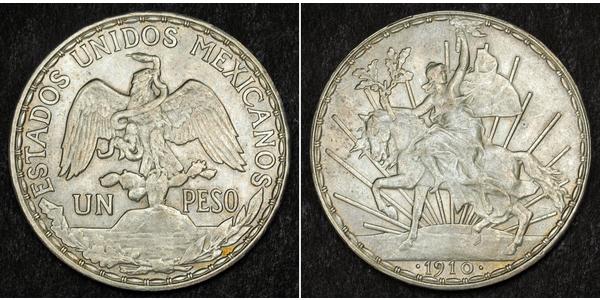 Obverse: An eagle with a snake in its beak, standing on Aztec island (Tenochtitlan) with a cactus plant. All within wreath below. Legend: ESTADOS UNIDOS MEXICANOS / UN PESO

Reverse: A young woman (personification of the Republic) riding a horse, her hand lifted high in exhortation, and the date. Exergue: . 1910 .