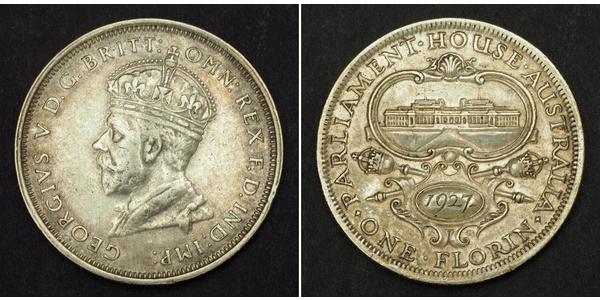 Reverse: The Parliament House inside foliage, crossed scepters behind year (1927) inside foliated medallion below. Legend: PARLIAMENT . HOUSE . AUSTRALIA * ONE . FLORIN *