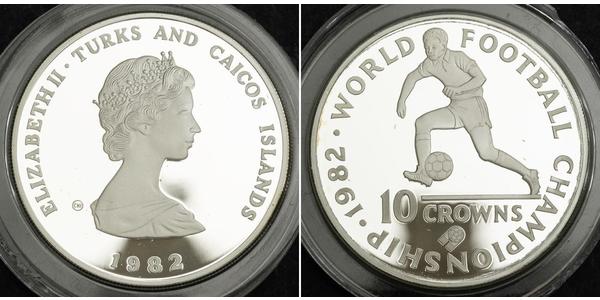 The Turks and Caicos Islands (/tɜːrks/ and /ˈkeɪkəs, -koʊs, -kɒs/), or TCI for short, are a British Overseas Territory consisting of the larger Caicos Islands and smaller Turks Islands, two groups of tropical islands in the Lucayan Archipelago of the Atlantic Ocean and northern West Indies. They are known primarily for tourism and as an offshore financial centre. The resident population is 31,458 as of 2012 of whom 23,769 live on Providenciales in the Caicos Islands.

The Turks and Caicos Islands lie southeast of Mayaguana in the Bahamas island chain, northeast of Cuba, and of the island of Hispaniola (Haiti and the Dominican Republic) and the other Antilles archipelago islands. Cockburn Town, the capital since 1766, is situated on Grand Turk Island about 1,042 kilometres (647 mi) east-southeast of Miami, United States. The islands have a total land area of 430 square kilometres (170 sq mi).

The first recorded European sighting of the islands now known as the Turks and Caicos occurred in 1512. In the subsequent centuries, the islands were claimed by several European powers with the British Empireeventually gaining control. For many years the islands were governed indirectly through Bermuda, the Bahamas, and Jamaica. When the Bahamas gained independence in 1973, the islands received their own governor, and have remained a separate autonomous British Overseas Territory since.