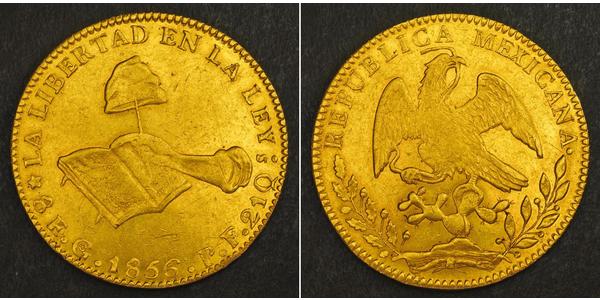 Reverse: Eagle with a snake in its beak, standing on a cactus plant, sea waves below.  Legend: REPUBLICA MEXICANA (terminated by olive and oak branches)