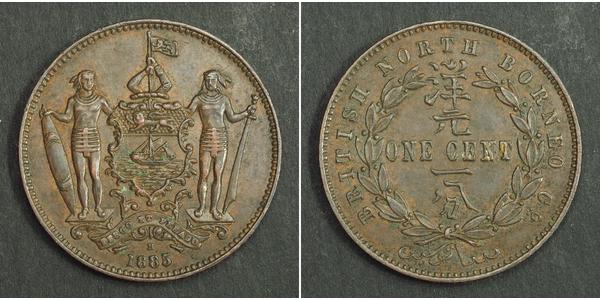 Obverse: Arms of the British North Borneo Company, supported by standing figure, the left figure is holding a surf-board, ther righ a sword. Comment: Motto (PERGO ET PERAGO = "I undertake and I achieve!"), mint initial (H) and date (1885) below.