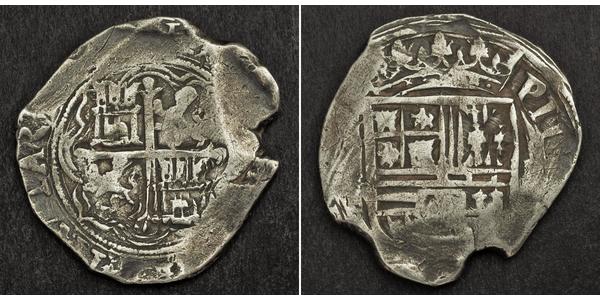 Reverse: Cross of Jerusalem with lions and castles in quarters. All within 8-foil. Legned: + . HISPANIARVM . REX .