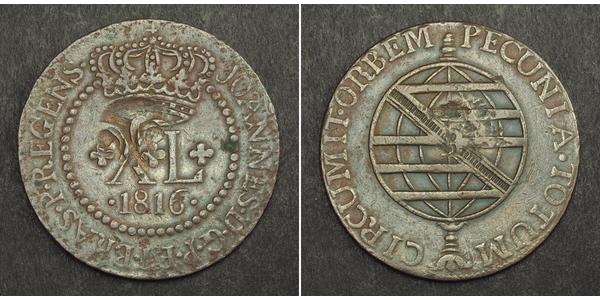 Reverse: Globe with thick parallels and meridians and band around and mint letter (B) in center. Legend: PECUNIA . TOTUM - CIRCUMIT . ORBEM