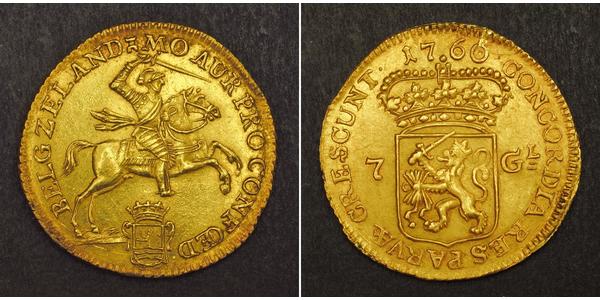 Mint Year: 1760 Denomination: Gold 7 Gulden "½ Golden Rider" Reference: Friedberg 314, Delmonte 890, KM-96. R! Condition: Minor scratches  near edge (the coin was once set in a frame, which left some marks), scrape in reverse at 12 o'clock (on the last digit of the date) otherwise a well-struck XF-AU with a stunning AU+ reverse with magnificent mint luster! Material: Gold! (.917) Diameter: 22mm Weight: 4.95gm

Only 1$ shipping for each additional item   purchased!