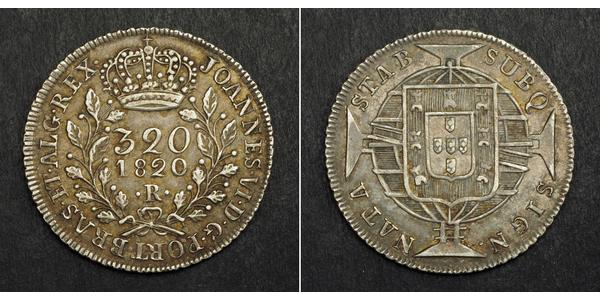 Reverse: Portugueze shield in front of globe with parallels, meridians and a band around. Cross of Jerusalem in background. Latin Legend (motto): . SIGN . NATA STAB . SUBQ . Expanded: SUBQ(uo) SIGN(o) NATA STAB" (it) Tranlsated: "For this sign you shall stand"