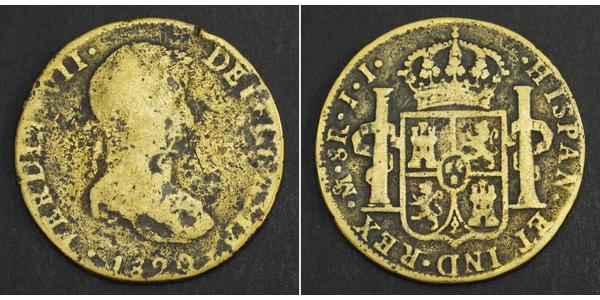 When his father's abdication was extorted by a popular riot at Aranjuez in March 1808, he ascended the throne but turned again to Napoleon, in the hope that the emperor would support him. He was in his turn forced to make an abdication and imprisoned in France for almost seven years at the Chateau of ValenÃ§ay in the town of ValenÃ§ay.

After he succeeded to the throne in 1788 his one serious occupation was hunting. Affairs were left to be directed by his wife and her lover Manuel de Godoy. Although Godoy essentially took over his wife and his office, the king was favourable towards him for all his life. When terrified by the French Revolution he turned to the Inquisition to help him against the party which would have carried the reforming policy of Charles III much further. But he never took more than a passive part in the direction of his own government. He simply obeyed the impulse given him by the queen and Godoy. In 1803, after smallpox had affected his daughter MarÃ­a LuÃ­sa, the king commissioned his doctor Francisco Javier de Balmis to bring the vaccine to the Spanish colonies on state expenses.