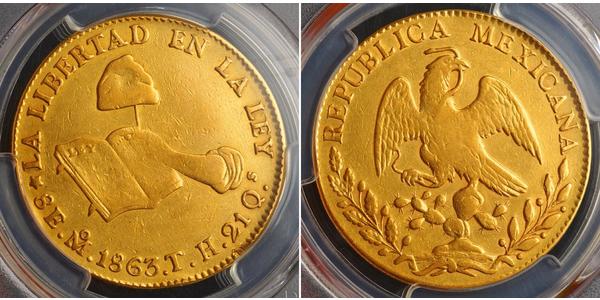 The Second Federal Republic of Mexico (Spanish: Segunda República Federal de México) is the name given to the second attempt to achieve a federalist government in Mexico. Officially called the United Mexican States (Spanish: Estados Unidos Mexicanos), a federal republic was implemented again on August 22, 1846 when interim president José Mariano Salas issued a decree restoring the 1824 constitution. Like the Mexican Empire, the First Federal Republic and the Centralist Republic it was a chaotic period, marked by political instability that resulted in several internal conflicts. Mexico's loss of the war with the United States saw half the territory Mexico claimed become part of the United States. Even though Antonio López de Santa Anna played a major role in much of this history, he returned to the presidency yet again, selling northern territory coveted by the United States contiguous to territory it just gained in the Treaty of Guadalupe Hidalgo. The sale of the Mesilla Valley was for many the final straw, and liberals promulgated of the Plan of Ayutla, calling for the overthrow of Santa Anna. Santa Anna went into exile and the liberals set about implanting their vision of Mexico.

Liberals enacted a series of separate reforms and then the Constitution of 1857, collectively known as the Liberal Reform, which sparked a civil war, known as the War of the Reform. The conservatives set up a parallel Mexican government and lost the War of the Reform. After losing the war, conservatives sought another political alternative, which involved the second French intervention in Mexico, which, with Mexican conservative support, established the Second Mexican Empire.

Mexican conservatives' political interests were in tandem with the expansionism of Napoleon III of France. Conservatives invited Maximilian Hapsburg to serve as monarch of the Second Mexican Empire. Mexican republicans fought against the French invaders and were largely defeated on the battlefield, but Benito Juárez did not resign the presidency, and operated a government in exile, which the United States continued to recognize as the legitimate Mexican government. The republic was restored by Juárez in 1867 after the withdrawal of the French and the execution of Maximilian.

With conservatives discredited by their support of the ill-fated monarchy, Juárez was able to implement liberal policies. This period of federalism in Mexico is widely known as the Restored Republic, lasting from 1867 to the 1876 coup of liberal army general, Porfirio Díaz, ushering in a long period of authoritarian rule, peace, and economic development known as the Porfiriato. The liberal constitution remained nominally in force, with regular elections held that were increasingly seen as fraudulent. The Constitution of 1857 was supplanted by the Mexican Constitution of 1917, as an outcome of the Mexican Revolution (1910–1920).

English
Coin variations: 23 instance(s)
Prices: 25 instance(s)
You may be interested in following coins 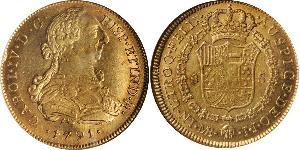 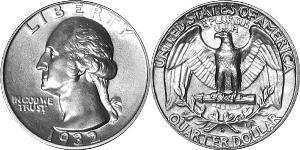