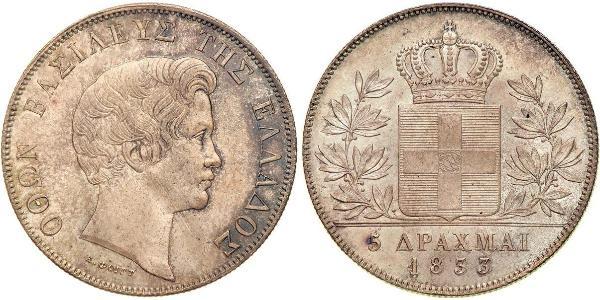 Full resolution: (1205 X 596pixels, file size: ~193K)
Description: Greece. 5 Drachmai, 1833-A (Paris). KM-20; Dav-115. 22.56 grams. Otto, 1832-1862. Bare head right. Reverse: Crowned arms within wreath. Lovely iridescent and steel-gray toning. Rare this nice. NGC graded MS-64. Otto was the second son of King Ludwig I of Bavaria. While the elder son, Maximilian, ascended to the Bavarian throne, Otto became the first king of modern Greece. His intentions were honorable, but he had compromised himself politically and had to obey the great powers of Europe who had placed him on the throne. When he didn't attack the Ottoman Empire, his nation's arch-enemy, he lost the support of the Greek people and was deposed. As a symbol of modern democratic force in Greece, this coin has few equals. Estimated Value $4,000 - 5,000. Ex Millennia, Lot 709. Categories:
type to read more
Price

English
Coin variations: 25 instance(s)
Prices: 18 instance(s)
You may be interested in following coins 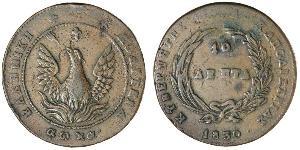 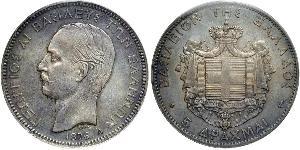