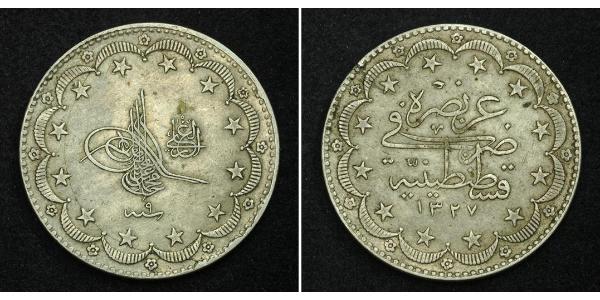 Obverse: Tughra (seal) of Mehmed V above regnal year (9). All within a decorative border with 12 stars.
Comment: Honorific title "el-Ghazi" in right field.

Reverse: Mint formula (Constantinople) and accession year (1327) below within decorative border with 12 stars.
Comment:"Al-Mahrusa" ("the divinely protected and guarded"...city of Constantinople) epithet added to mint name! 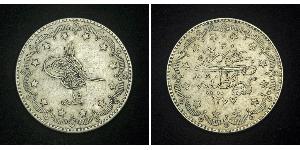 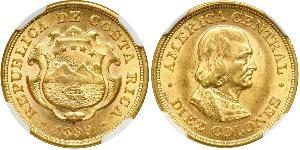 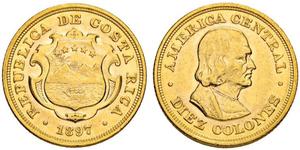