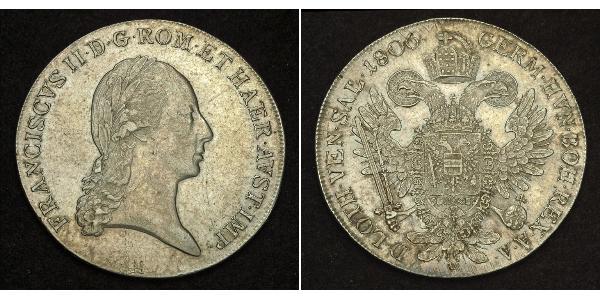 The Imperial Crown of the Holy Roman Empire (German: Reichskrone) is the hoop crown (German: Bügelkrone) of the King of the Romans, the rulers of the German Kingdom, since the High Middle Ages. Most of the kings were crowned with it. It was made probably somewhere in Western Germany, either under Otto I (with additions by Conrad II), by Conrad II or Conrad III during the late 10th and early 11th centuries. The first preserved mention of it is from the 12th century—assuming it is the same crown, which seems very probable.

Currently, the crown and the rest of the Imperial Regalia are exhibited at the Hofburg in Vienna—officially "until there is again a Holy Roman Emperor of the German Nation".

An identical copy is in Aachen in Germany in the Krönungssaal of Charlemagne's former palace, now the town hall. There are also copies of the crown and regalia in the historic museum of Frankfurt, as most of the later Emperors were crowned in the cathedral of the city, as well in the fortress of Trifels in the Electorate of the Palatinate, where the Imperial Crown was stored in medieval times. The newest authorised copy is kept in Czech castle Karlštejn along the a copy of the Crown of Saint Wenceslas.