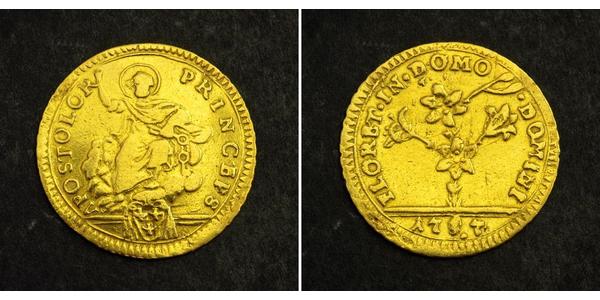 Lilium candidum (popularly known as the Madonna Lily) is a plant in the genus Lilium, one of the true lilies. It is native to the Balkans and West Asia. It forms bulbs at ground level, and unlike other lilies, has a basal rosette of leaves through the winter, which die back in summer. A leafy flower stem, typically up to 1.2 metres (3 ft 11 in) high, sometimes up to 2 metres (6 ft 7 in) high, emerges in late spring and bears fragrant flowers in summer. Flowers are white, flushed yellow at the base. It has long been cultivated, but is susceptible to virus diseases of lilies, and to Botrytis fungus. One possible way to avoid problems with viruses is to grow plants raised from seed.

Braschi was born in Cesena. After completing his studies in the Jesuit college of Cesena and receiving his doctorate of law (1734), Braschi continued his studies at the University of Ferrara, where he became the private secretary of Tommaso Ruffo, papal legate, in whose bishopric of Ostia and Velletri he held the post of auditor until 1753. His skill in the conduct of a mission to the court of Naples won him the esteem of Pope Benedict XIV (1740–58), who appointed him one of his secretaries, 1753, and canon of St Peter's. In 1758, putting an end to an engagement to be married (Pastor 1952) he was ordained priest, and in 1766 appointed treasurer of the camera apostolica by Pope Clement XIII (1758–69). Those who suffered under his conscientious economies cunningly convinced Pope Clement XIV (1769–74) to make him Cardinal-Priest of Sant'Onofrio on 26 April 1773 – a promotion which rendered him, for a time, innocuous. In the four months' conclave which followed the death of Clement XIV Spain, France and Portugal at length dropped their objection to Braschi, who was after all one of the more moderate opponents of the anti-Jesuit policy of the previous Pope, and he was elected to the Holy See on 15 February 1775, taking the name of Pius VI.

The earlier acts of Pius VI gave fair promise of liberal rule and reform in the corrupt administration of the Papal States. Though usually benevolent, Pius VI sometimes showed discrimination. He made his uncle Giovanni Carlo Bandi, Bishop of Imola in 1752, and a member of the curia, cardinal in the consistory on 29 May 1775, but did not proffer any other members of his family. He reprimanded prince Potenziani, the governor of Rome, for failing to adequately deal with corruption in the city, appointed a council of cardinals to remedy the state of the finances and relieve the pressure of imposts, called to account Nicolò Bischi for the spending of funds intended for the purchase of grain, reduced the annual disbursements by denying pensions to many prominent people, and adopted a reward system to encourage agriculture.

The circumstances of Pius VI's election as a compromise candidate, involved him in difficulties from the outset of his pontificate. He had received the support of the ministers of the Catholic crowns and the anti-Jesuit party upon a tacit understanding that he would continue the action of Clement XIV, by whose brief Dominus ac Redemptor (1773), the Society of Jesus had been pronounced dissolved. On the other hand, the zelanti – the pro-Jesuit party among the cardinals – believed him secretly sympathetic towards the Jesuits, and expected some reparation for the alleged wrongs they suffered under the previous reign. As a result of these complications Pius VI was led into a series of half measures which gave little satisfaction to either party: although it is perhaps largely due to him that the Order was able to escape dissolution in White Russia and Silesia; at only one juncture did he ever seriously consider its universal re-establishment, namely in 1792, as a bulwark against the ideas of the French Revolution (1789).

Besides facing dissatisfaction with this temporising policy, Pius VI met with practical protests tending to the limitation of papal authority. Johann Nikolaus von Hontheim, writing under the pseudonym "Febronius", the chief German literary exponent of Gallican ideas of national Catholic Churches, was himself induced (not without scandal) publicly to retract his positions; but they were adopted in Austria nevertheless. There the social and ecclesiastical reforms in the spirit of the Enlightenment, which had been undertaken by Emperor Joseph II (1765–90) and his minister Kaunitz touched the supremacy of Rome so nearly that in the hope of staying them Pius VI adopted the exceptional course of visiting Vienna in person. He left Rome on 27 February 1782, and, though magnificently received by the Emperor, his mission proved a fiasco; he was, however, able a few years later to curb those German archbishops who, in 1786 at the Congress of Ems, had shown a tendency towards independence.

In the Kingdom of Naples difficulties necessitating certain concessions in respect of feudal homage were raised by the liberal minister Tanucci, and more serious disagreements arose with Leopold II (1790–92), later emperor, and Scipione del Ricci, bishop of Pistoia and Prato, upon the questions of reform in Tuscany; but Pius VI did not think fit to condemn the decrees of the synod of Pistoia (1786) till nearly eight years had elapsed.

At the outbreak of the French Revolution, Pius VI witnessed the suppression of the old Gallican Church, the confiscation of pontifical and ecclesiastical possessions in France, and an effigy of himself burnt by the Parisians at the Palais Royal.

In 1796 French Republican troops under the command of Napoleon Bonaparte invaded Italy, defeated the papal troops and occupied Ancona and Loreto. Pius VI sued for peace, which was granted at Tolentino on 19 February 1797; but on 28 December of that year, in a riot blamed by papal forces on some Italian and French revolutionists, the popular brigadier-general Mathurin-Léonard Duphot, who had gone to Rome with Joseph Bonaparte as part of the French embassy, was killed and a new pretext was furnished for invasion. General Berthier marched to Rome, entered it unopposed on 10 February 1798, and, proclaiming a Roman Republic, demanded of the Pope the renunciation of his temporal authority.

Upon his refusal he was taken prisoner, and on 20 February was escorted from the Vatican to Siena, and thence to the Certosa near Florence. The French declaration of war against Tuscany led to his removal (he was escorted by the Spaniard Pedro Gómez Labrador, Marquis of Labrador) by way of Parma, Piacenza, Turin and Grenoble to the citadel of Valence, the chief town of Drôme where he died six weeks after his arrival, on 29 August 1799, having then reigned longer than any Pope (except possibly St. Peter).

Pius VI's body was embalmed, but was not buried until 30 January 1800 after Napoleon saw political advantage to burying the deceased Pope in efforts to bring the Catholic Church back into France. His entourage insisted for some time that his last wishes were to be buried in Rome, then behind the Austrian lines. They also prevented a Constitutional bishop from presiding at the burial, as the laws of France then required, so no burial service was held. This recrudescence of the investiture conflict was settled by the Concordat of 1801. Pius VI's body was removed from Valence on 24 December 1801 and buried at Rome 19 February 1802.

By decree of Pope Pius XII in 1949, the remains of Pius VI were moved to the Chapel of the Madonna below St. Peter's in the Papal Grotto. His remains were placed in an ancient marble sarcophagus. The inscription on the wall above the container reads:

"The mortal remains of Pius VI, consumed in unjust exile, by order of Pius XII are placed in this dignified and decorous location, illustrious for art and history, in 1949".

The name of Pius VI is associated with many and often unpopular attempts to revive the splendour of Pope Leo X (1513–21) in the promotion of art and public works; the words Munificentia Pii VI. P. M. graven in all parts of the city, giving rise amongst his impoverished subjects to such satire as the insertion of a minute loaf in the hands of Pasquin with that inscription beneath it. He is best remembered in connection with the establishment of the Museum of the Vatican, begun at his suggestion of his predecessor and with an impractical and expensive attempt to drain the Pontine Marshes, something later successfully achieved in the 1930s by Fascist dictator Benito Mussolini. 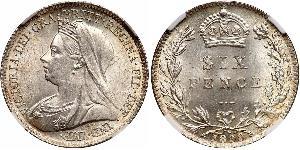 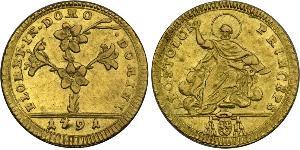