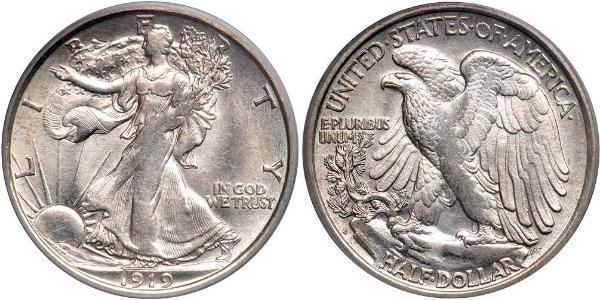 Full resolution: (1005 X 500pixels, file size: ~141K)
1919-D. PCGS graded MS-63. CAC Approved. Weak strike as usually seen for the date. But overall a beautiful lustrous untoned example for this rare date. The end of the First World War, celebrated as Armistice Day, November 11, 1918, finally marked the end of the Great War. Between 1914 and 1918, much of America's economy had been supported by manufacturing and production for the war effort. With the troops coming home and due to the slackening need for war related supplies, the economy began to soften. The United States entered a period of slow-down which resulted in all three operational mints being ordered to produce fewer smaller denomination coinage, Cents, Nickels, Dimes, Quarters or Half Dollars. Hence, the rarity and lower mintage found on the 1919-P,D,S issues, which are revered by collectors as challenging items in Mint condition. Aside from the fact that the supply of 1919-D Liberty Walking Half Dollar at the Mint State level is extremely limited, the single greatest limitation in acquiring a Choice or better example is the notable strike weakness. On the hand and head area of the obverse, in particular, weak areas seems common to virtually all 1919-D Half Dollars. On this choice MS63 example, Liberty's hand is pretty much incomplete while the head details typically mushy; much better is the surface consistency: smooth, silken white with silvery iridescence and no spots or annoying marks. The luster of this coin parallels the choice quality, being thoroughly original and brilliant (PCGS # 6578) Estimated Value $10,000 - 11,000 Categories: Walking Liberty Half Dollars
type to read more
Price

English
Coin variations: 461 instance(s)
Prices: 409 instance(s)
You may be interested in following coins 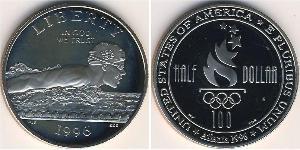 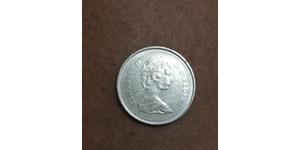 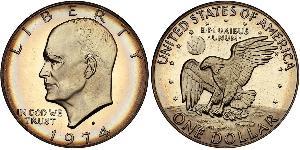 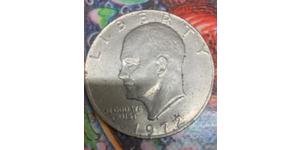