The para (Cyrillic: пара, from Turkish para, from Persian pārah, “piece”) was a former currency of the Ottoman Empire, Turkey, Montenegro and Albania, and is the current subunit, although rarely used, of the Serbian dinar.
As a former Ottoman and Turkish currency, it was 1/40th of a kuruş or, earlier, 3 akçe, which was, in turn, 1/100th of a Turkish lira. The modern Turkish lira is only divided into kuruş. In Serbia, the para has been the subunit of the dinar since the 19th century. The Montenegrin perper was subdivided into 100 pare during its brief existence between 1906 and 1918. In Albania, the para was used as a currency before the introduction of the Albanian lek in 1926.
In Albanian, Greek, Bulgarian, Macedonian, Romanian, Serbian and Turkish, para or its plural παράδες, pari, pare, parale, paraja or paralar is a generic term for “money”. 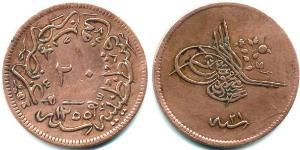 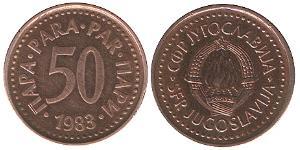 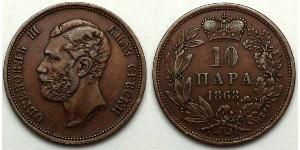