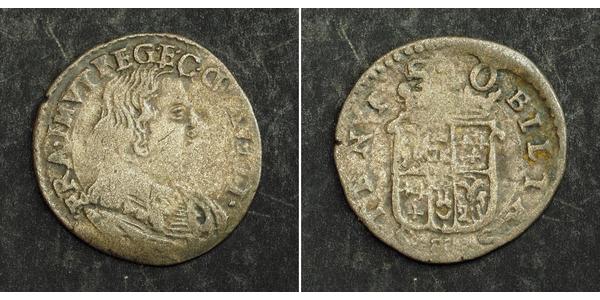 The Duchy of Modena and Reggio (Italian: Ducato di Modena e Reggio, Latin: Ducatus Mutinae et Regii) was a small northwestern Italian state that existed from 1452 to 1859, with a break during the Napoleonic Wars(1796–1814) when Emperor Napoleon I reorganized the states and republics of renaissance-era Italy, then under the domination of his French Empire.[1] It was ruled from 1814 by the noble House of Este, of Austria-Este.

Francesco I d'Este (6 September 1610 – 14 October 1658) was Duke of Modena and Reggio from 1629 until his death. The eldest son of Alfonso III d'Este, he became reigning duke after his father's abdication.

The pestilence of 1630–1631 killed 70% of Modena's inhabitants. After the outbreak of the Thirty Years' War he sided with Spain and invaded the duchy of Parma, but upon visiting to Spain to claim his reward, he could only acquire Correggio by a payment of 230,000 florins.

Later followed the First War of Castro, in which Francesco's Modena joined Venice and Florence and sided with the Dukes of Parma against Barberini Pope Urban VIII, aiming to reconquer Ferrara. The war ended without any particular gain for the Modenese. As again no help had come from Spain, Francesco allied with France through the intercession of Cardinal Mazarin. When he however failed to conquer Cremona, and as the situation of the Thirty Years' War seemed to be favourable for Spain, the Duke sought for an agreement with the latter. He returned to the service of France by marrying his son and heir Alfonso to Laura Martinozzi, Mazarin's niece.

After successful resistance to a Spanish invasion from their territories in Milan, he fought alongside France and Savoy, conquering Alessandria and Valenza in 1656–1657 with the help of his son. In 1658 he conquered Mortara but, struck by malaria, died in Santhià soon later. After Maria's death in 1646, he married her sister Vittoria Farnese who died 1649.

His last marriage was to Lucrezia Barberini (1628–1699), daughter of Taddeo Barberini with whom his troops had fought during the First War of Castro. He had a total of eleven children, two of them, Alfonso and Rinaldo, were later Dukes of Modena.

Although a skillful military commander, Francesco was renowned for his upright character and religious ideals. He enriched Modena with the construction of the Ducal Palace of Modena, the large Teatro della Spelta, the Villa delle Pentetorri, a port on an enlarged Naviglio channel and the restoration of the Cittadella.

Francesco was immortalized by Bernini in a sculpture made around 1650–1651 (Este Gallery and Museum, Modena). It culminates the master sculptor's revolution in portraiture. Much of the freedom and spontaneity of the bust of Cardinal Scipione Borghese is kept, but it is united with a heroic pomp and grandiose movement that portray the ideals of the Baroque age as much as the man. This style of sculpting would later also be seen in the bust of Louis XIV. According to Howard Hibbard, Bernini's portrait bust of Francesco I and the Louis XIV bust "set the standard for monarchical portraiture up to the time of the French Revolution" (126-8).