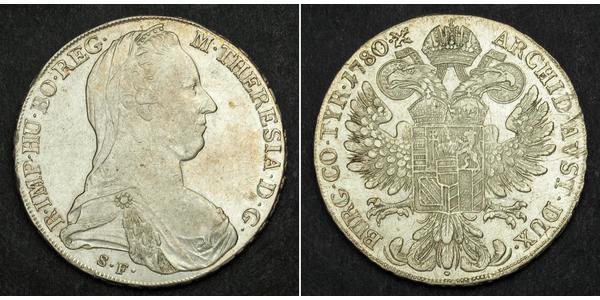 For your consideration a decent example of the famous Maria Theresa Thaler, struck posthumously in Milan during 1833-1838. This example is one of the earlier and more sought after issues with less mintage. Some of the differences to the re-strike are the eagle´s wing-feathers, the round brooch with nine pearls and the larger bust. A good addition for every Austrian- and Italian coins collector and not a common and recent re-strike!