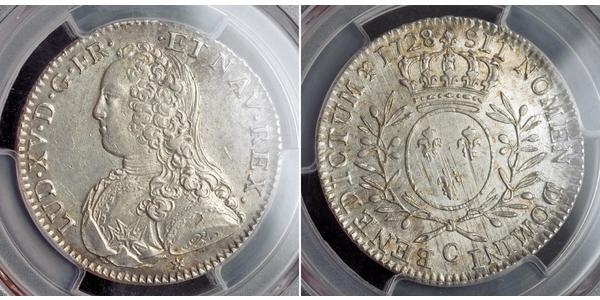 For your consideration a nice early half dollar-sized silver coin, struck at the Cean mint during 1728 under Louis XV of France.