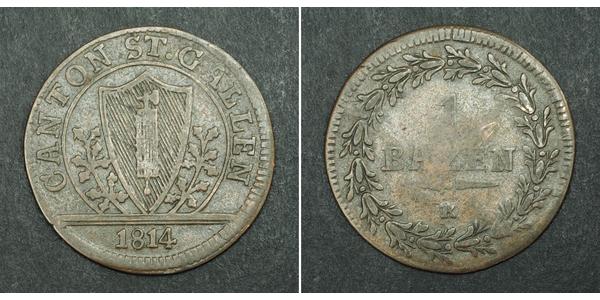 One of the earliest mayors of St. Gallen may be among the most colorful, Ulrich Varnbüler. Hans, the father of Ulrich, was prominent in city affairs in St. Gallen, Switzerland, in the early 1400s. Ulrich made his entry into public affairs in the early 1460's and gathered the various offices and honors that are available to a talented and ambitious man. He demonstrated fine qualities as field commander of the St. Gallen troops in the Burgundian wars. In the battle of Grandson in 1476 he and his troops were part of the advance units of the Confederation and took part in their famous attack. (A large painting of Ulrich returning triumphantly to a hero's welcome in St. Gallen can still be seen in St. Gallen). After the war, he often represented St. Gallen at various Confederation parliaments. In December of 1480 he was offered the position of mayor for the first time. From that time on he served in several leading city positions and was considered the intellectual and political leader. According to Vadian, who understood his contemporaries well, "Ulrich was a very intelligent, observant, and eloquent man who enjoyed the trust of the citizenry to a high degree." His reputation among the Confederates was also substantial. However, in the late 1480's he became involved in a conflict that was to have serious negative consequences for him and for the city of which he was mayor.

In 1463 Ulrich Rösch had assumed the management of the abbey of St. Gall. He was an ambitious prelate, whose goal it was to raise the abbey by every possible means to prominence again following the losses of the Appenzell Wars. His restless ambitions offended the political and material interests of his neighbors. When he arranged for the help of the pope and the emperor to carry out a plan of moving the abbey to Rorschach on Lake Constance, he encountered stiff resistance from the St. Gallen citizenry, other clerics, and the Appenzell nobility in the Rhine Valley who were concerned about their holdings. At this point, Varnbüler entered the conflict against the prelate. He wanted to restrict the increase of power in the abbey and simultaneously increase the power of the town that had been restricted in its development. For this purpose he established contact with farmers and Appenzell residents (led by the fanatical Hermann Schwendiner) who were seeking an opportunity to weaken the abbot. Initially, he protested to the abbot and the representatives of the four sponsoring Confederate cantons (Zürich, Lucerne, Schwyz, and Glarus) against the construction of the new abbey in Rorschach. Then on July 28, 1489 he had armed troops from St. Gallen and Appenzell destroy the buildings already under construction. When the abbot complained to the Confederates about the damages and demanded full compensation, Ulrich responded with a counter suit and in cooperation with Schwendiner rejected the arbitration efforts of the non-partisan Confederates. He motivated the clerics from Wil to Rorschach to discard their loyalty to the abbey and spoke against the abbey at the town meeting at Waldkirch, where the popular league was formed. He was confident that the four sponsoring cantons would not intervene with force, due to the prevailing tensions between the Confederation and the Swabian League. He was strengthened in his resolve by the fact that the people of St. Gallen elected him again to the highest magistrate in 1490.

However, in early 1490 the four cantons decided to carry out their duty to the abbey and to invade the St. Gallen canton with an armed force. The people of Appenzell and the local clerics submitted to this force without noteworthy resistance, while the city of St. Gallen braced for a fight to the finish. However, when they learned that their compatriots had given up the fight, they lost confidence; the end result was that they concluded a peace pact that greatly restricted the city's powers and burdened the city with serious penalties and reparations payments. Ulrich, overwhelmed by the responsibility for his political decisions, panicked in the face of the approaching enemy who wanted him apprehended. His life was in great danger, and he was forced to disguise himself as a messenger and escape out of the city. He made his way to Lindau and to Innsbruck and the court of King Maximilian. The victors confiscated those of his properties that lay outside of the city of St. Gallen and banned him from the confines of the Confederation. Ulrich then appealed to the imperial court (as did Schwendiner, who had fled with him) for the return of his property. The suit had the support of Friedrich II and Maximilian and the trial would drag on for years. It was continued by Ulrich's sons Hans and Ulrich after his death in 1496, and eventually they regained the properties. However, other political ramifications resulted from the court action, because the Confederation took ownership of the city of St. Gallen and rejected the inroads of the empire. Thus the conflict strengthened the relationship between the Confederation and the city of St. Gallen. On the other hand the matter increased the alienation between Switzerland and the German Empire, which would eventually mean a total separation as a result of the Swabian War.

Varnbüler is further immortalized in a famous woodcut by Albrecht Durer, which is part of the Smithsonian Institution's woodcut collection(q.v.). Of the Varnbüler sons, the elder (Hans/Johann) became the mayor of Lindau. He is the patriarch of the Baden and Württemberg Varnbülers.