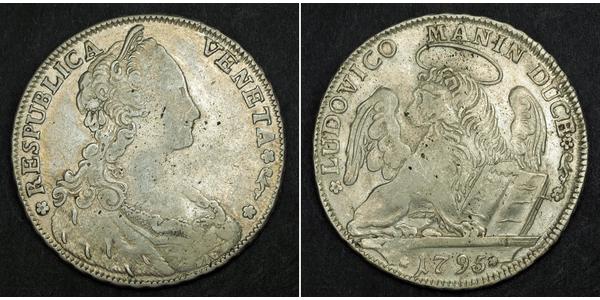 For your consideration a decent example of a silver tallero (venetian thaler), also known as "Tallero per il Levante", which means thaler for the Levant. The obverse design is imitating the back then preferred Maria Theresia Thaler, which was very popular trade currency. Therefore, this silver trade coin eased the trade transactions of the Venetians, which were crucial for the small state, which depended on the income of its trade operations. A beautiful and rare early trade dollar coin!