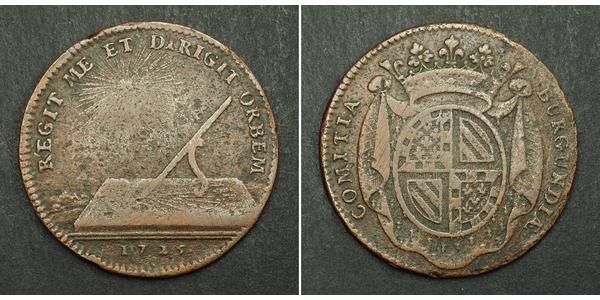 A sundial is a device that tells the time of day when there is sunlight by the apparent position of the Sun in the sky. In the narrowest sense of the word, it consists of a flat plate (the dial) and a gnomon, which casts a shadow onto the dial. As the Sun appears to move across the sky, the shadow aligns with different hour-lines, which are marked on the dial to indicate the time of day. The style is the time-telling edge of the gnomon, though a single point or nodus may be used. The gnomon casts a broad shadow; the shadow of the style shows the time. The gnomon may be a rod, wire, or elaborately decorated metal casting. The style must be parallel to the axis of the Earth's rotation for the sundial to be accurate throughout the year. The style's angle from horizontal is equal to the sundial's geographical latitude.

In a broader sense, a sundial is any device that uses the Sun's altitude or azimuth (or both) to show the time. In addition to their time-telling function, sundials are valued as decorative objects, literary metaphors, and objects of intrigue and mathematical study.

A rudimentary sundial can be easily constructed to mark the passing of time by placing a stick in the sand or a nail in a board and placing markers at the edge of a shadow or outlining a shadow at intervals. It is common for inexpensive, mass-produced decorative sundials to have incorrectly aligned gnomons, shadow lengths, and hour-lines, which cannot be adjusted to tell correct time.

Burgundy  is an administrative and historical region of east-central France. Burgundy comprises the following four departments: Côte-d'Or, Saône-et-Loire, Yonne and Nièvre.   Historically, "Burgundy" has referred to numerous political entities,   including kingdoms and duchies spanning territory from the Mediterranean   to Benelux.