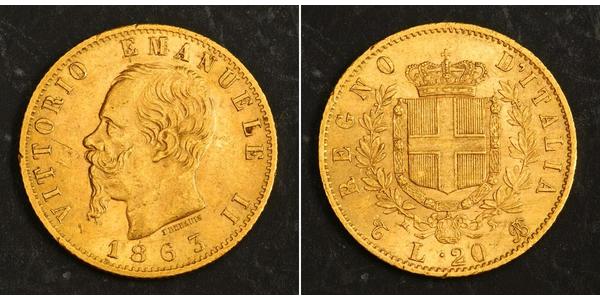 Reverse: Crowned shield of the House of Savoy within Order chain. All within wreath. Legend: REGNO D'ITALIA - M L.20 NB 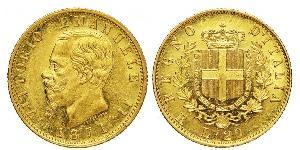