The Treaty of Frankfurt (French: Traité de Francfort; German: Friede von Frankfurt) was a peace treaty signed in Frankfurt on 10 May 1871, at the end of the Franco-Prussian War.

The treaty did the following:

The treaty also established the terms for the following:

The German military spoke up for control of the Alsace region, up to the Vosges (mountain range) and the area between Thionville (Diedenhofen) and Metz as a requirement for the protection of Germany. Most importantly, the German military regarded control of the route between Thionville and Metz as the most important area of control if there were ever to be a future war with France.

Without a westward shift in the boundary, the new empire's frontier with France would have been largely divided between the states of Baden and Bavaria whose governments were less than enthusiastic with the prospect of having a vengeful France on their doorstep. It also would have necessitated the stationing of substantial imperial forces within these states' borders, possibly compromising their ability to exercise the considerable autonomy that the southern states were able to maintain in the unification treaty. A shift in the frontier alleviated these issues.

The new political border largely (though not entirely) followed the linguistic border. The fact that the majority of the population in the new Imperial Territory (Reichsland) territory spoke Germanic dialects allowed Berlin to justify the annexation on nationalistic grounds.

Natural resources in Alsace-Lorraine (iron-ore, and coal) do not appear to have played a role in Germany's fight for the areas annexed. Military annexation was the main stated goal along with unification of the German people. At the same time, France lost 1,447,000 hectares, 1,694 villages and 1,597,000 inhabitants. It also lost 20% of its mining and steel potential. The treaty of trade of 1862 with Prussia was not renewed but France granted Germany, for trade and navigation, a most-favoured nation clause. France would respect the clauses of the Treaty of Frankfurt in their entirety until 1914.

This treaty polarized French policy towards Germany for the next 40 years. The reconquest of Alsace-Lorraine, the "lost provinces," became an obsession characterized by a revanchism which would be one of the most powerful motives in France's involvement in World War I.

In 1918, U.S. President Woodrow Wilson addressed the issue as Point 8 in his Fourteen Points speech, expressing the will of the United States to the restitution of the region to France. Thus Alsace-Lorraine returned to the French Republic under the 1919 Treaty of Versailles. The Germans accepted to surrender under the term of the American proposal.

Ludwig is sometimes referred to as Mad King Ludwig, though the accuracy of that label has been disputed. Because Ludwig was deposed on grounds of mental illness without any medical examination, and died a day later under mysterious circumstances, questions about the medical "diagnosis" remain controversial.

Ludwig is best known as an eccentric whose legacy is intertwined with the history of art and architecture, as he commissioned the construction of several extravagant fantasy castles (the most famous being Neuschwanstein) and was a devoted patron of the composer Richard Wagner. 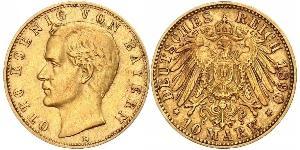 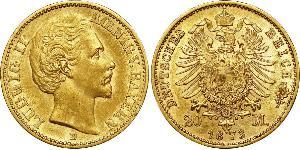