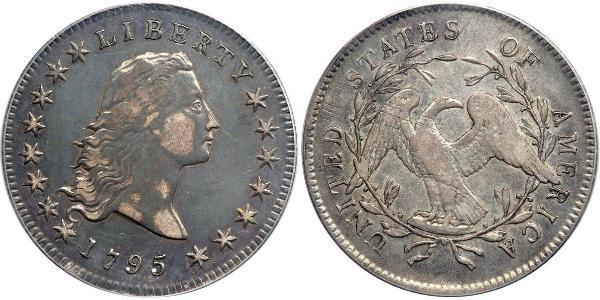 Version in höherer Auflösung: (1205 X 600Pixel, Dateigröße: ~160K)
Beschreibung: 1795. 2 leaves beneath each wing. B-1; BB-21. Rarity 2. PCGS graded EF-40. Boldly struck on a problem free planchet with deep, even grey toning, slightly iridescent, on both sides. Devices are firmly struck by the dies; rims complete and unbroken by marks or bumps; eye-appeal "as you like it." Flowing hair ends in five prominent curls, with a thin faint additional curl below the third curl from the top. On this obverse, the innermost point of star 1 just touches the lowest curl. The curl continues upward to half close the loop. The head is high and closer to LIBERTY than on most other obverses. The date is wide, with more space between 1 and 7 than other figures. The 7 in the date was repunched over an erroneous 1, prompting some to catalogue the variety as 1795 over 1195. The erroneous 1 is especially visible on early die states and is clearly visible here. This die bears a resemblance to the one used to coin BB-15; especially with regard to the high position of the head and the relationship of the hair curl to the first star. As is the case with the BB-27 obverse, the present obverse (also used to coin BB-22 and BB-23) had the head of Liberty deeply impressed into the die, causing it to be in slightly higher relief than most other varieties of the year (PCGS # 6853) . Estimated Value $10,000 - 11,000. Categories:
Mehr...
Preis 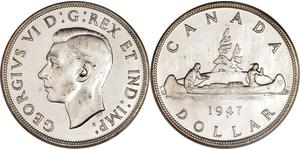